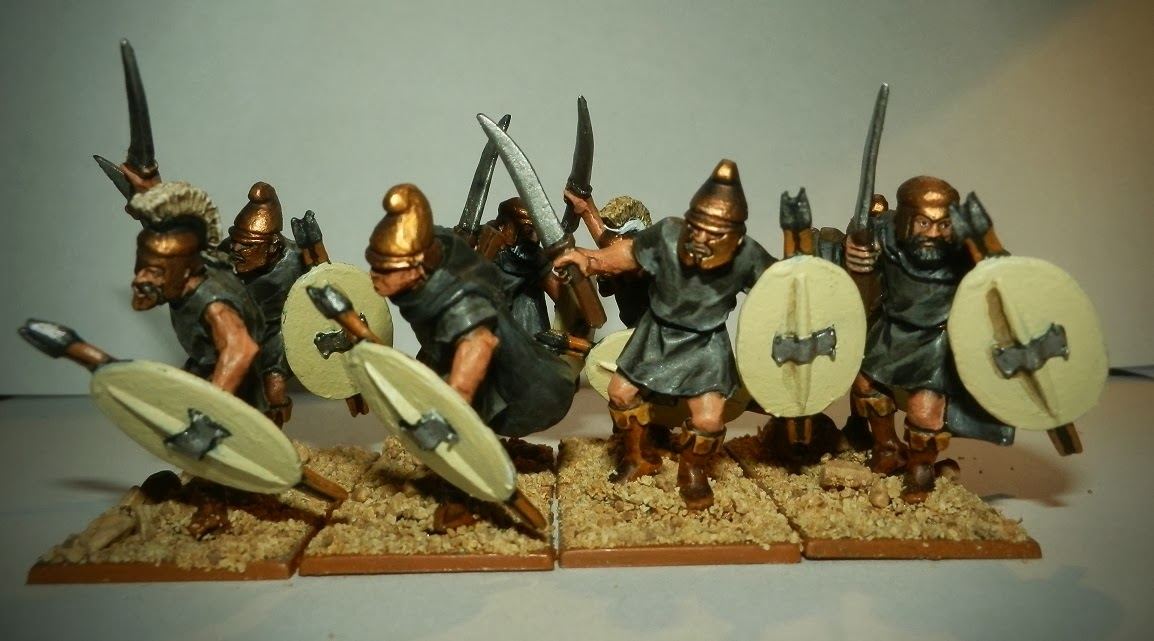 Those are the somewhat recently released Warlord's Games 'Thracians with Romphaia' metal miniatures. I figured those would be quick to paint up but as usual it took longer than I anticipated. For the color scheme since they are professional mercenaries I went with the greys that they wore rather than the more individual tribal schemes. There are 4 individual sculpts, two with cloaks and two without, overall I really like those. 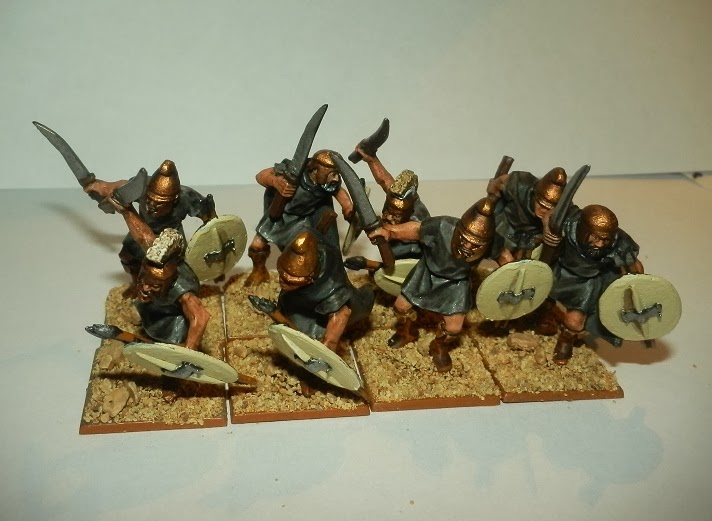 I have also dug up a Relic miniatures metal I bought a long while ago, I knew it would make a great command figure and luckily it was a good fit scale wise too. The figure was made for Ancient Warfare Magazine based on an illustration by Johnny Schumate. 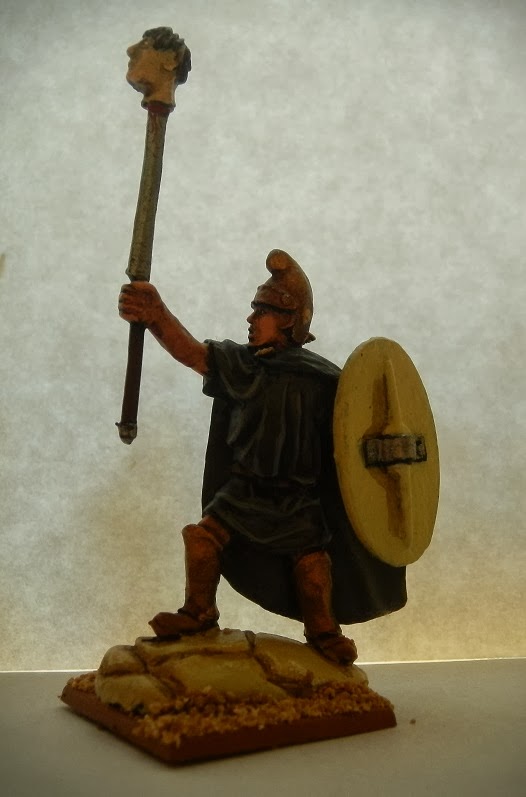 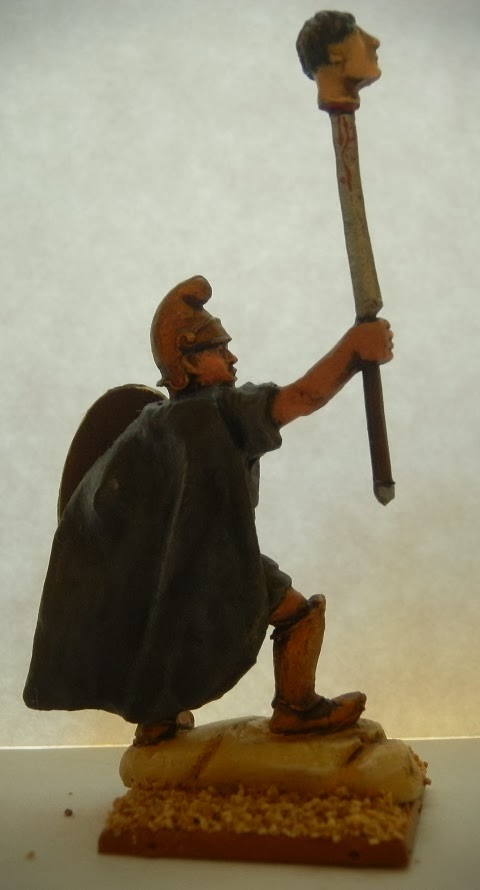 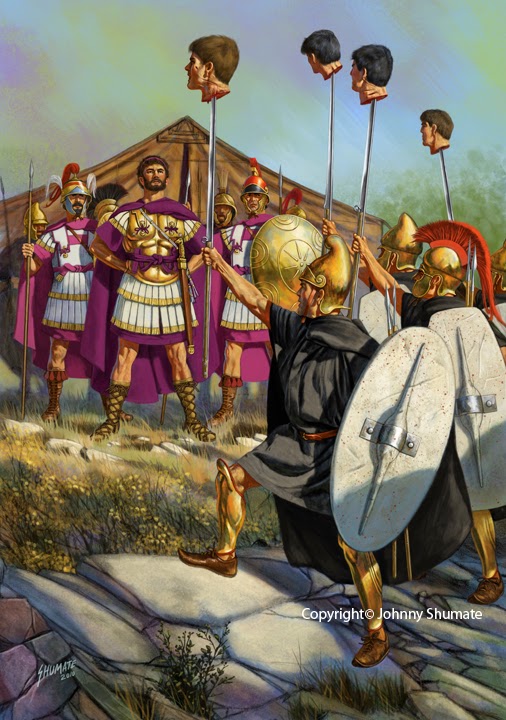 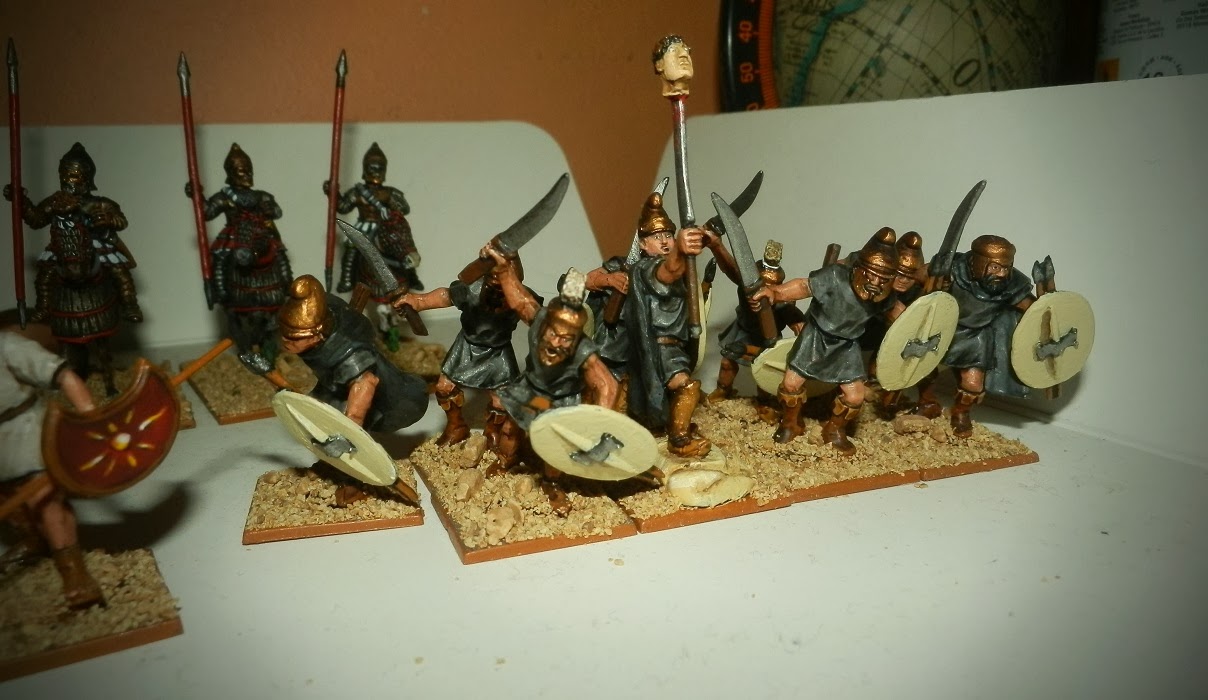 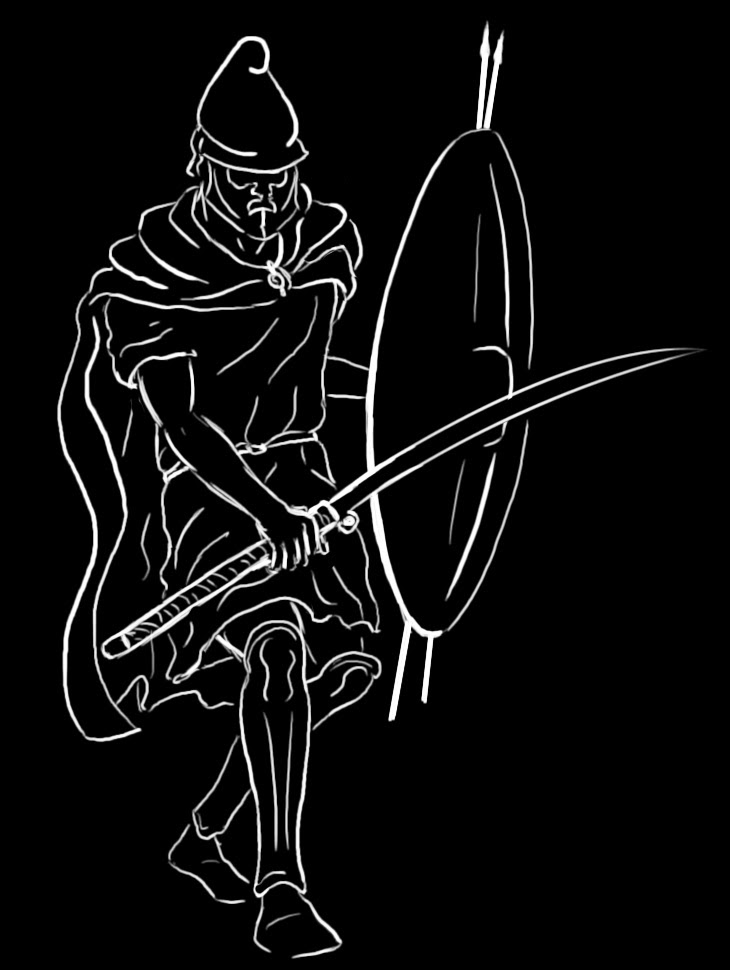 Those are the peltasts I made by converting Agema Miniatures' Roman Velites. I used scabbards, swords and shields from Wargames Factory sets (Amazons, Skeletons and Persians), head swaps from Warlord Games/Immortal Miniatures Classical Greek sets and adding steel pin javelins as well as some green stuff here and there. 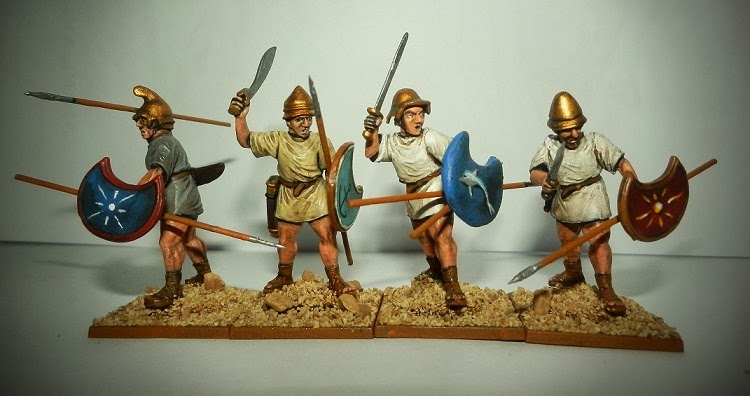 I really like this set from Agema miniatures, they are very nice in terms of anatomy and scale, they are on the thin side as far as bulkiness which for my taste is a good thing. The hand throwing the javelins is particulary cool as the hand and fingers are set in a throwing pose so rather than just gripping the whole javelin in a closed fist the figure looks more realistic.

As far as historical accuracy I figured that by calling them 'Magna Grecia' peltasts I will be able to get away with having some Roman heads, clothing in there as well as daggers to show the Roman influence. 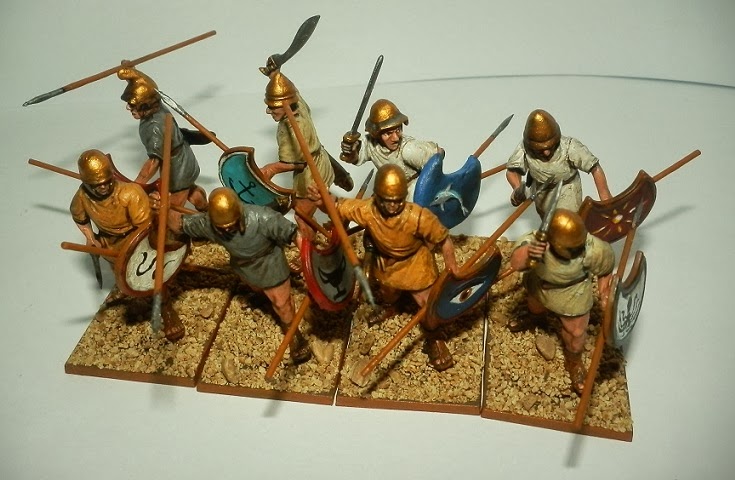 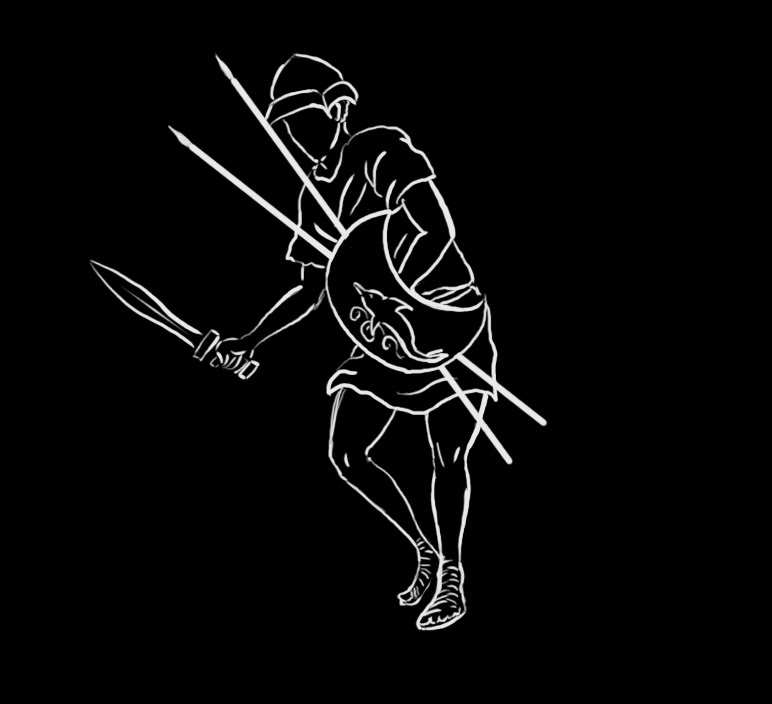 The shields that originally came with velites will also not go to waste, with a bit of greenstuffing they will make some good Tarantine shields and thus effectively converting my Macedonian cavalry into Tarantines. So that means the only thing I did not get to use from this set are the wolf pelt heads but with both Agema and Victrix gearing up to release Republican Roman sets I might just be tempted into starting another army..... 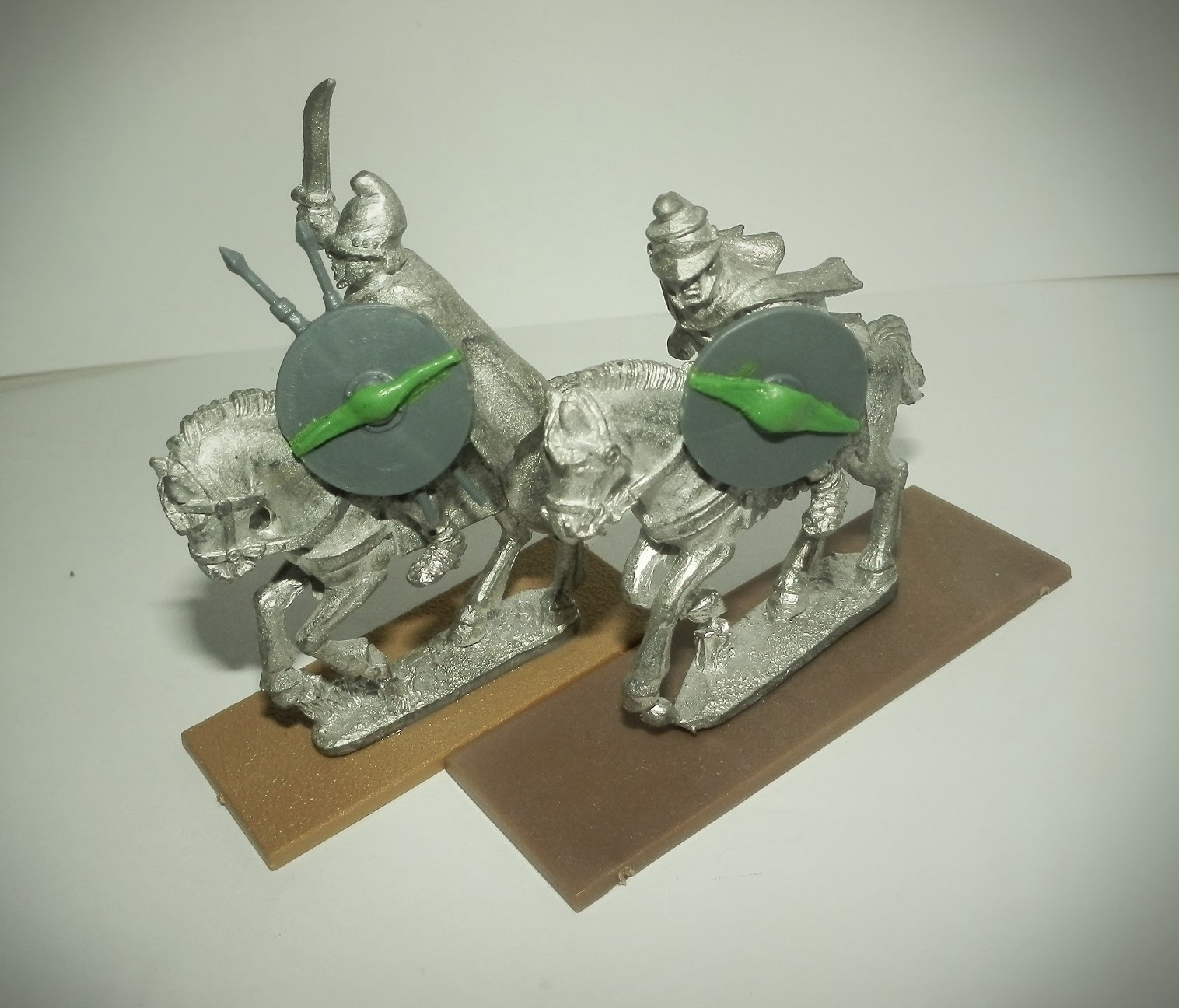 As the title says this is half of my Seleucid phalanx, I decided to to with a simple gold for metal parts, white for linothorax and grey for clothing. When I get around to doing the second part of the phalanx I will probably add more variety to colour schemes of the trousers. One of the feathers on the commander figure broke off and I couldn't find it so I had replace it with green-stuff and it actually looks ok (*pats himself on the back*)! 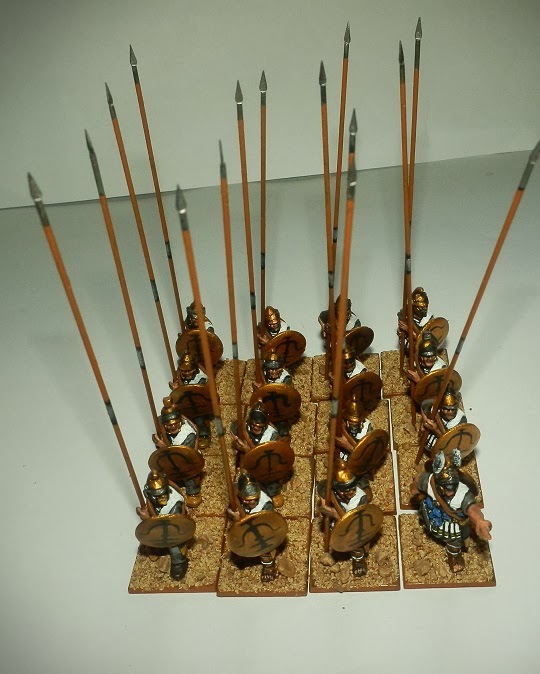 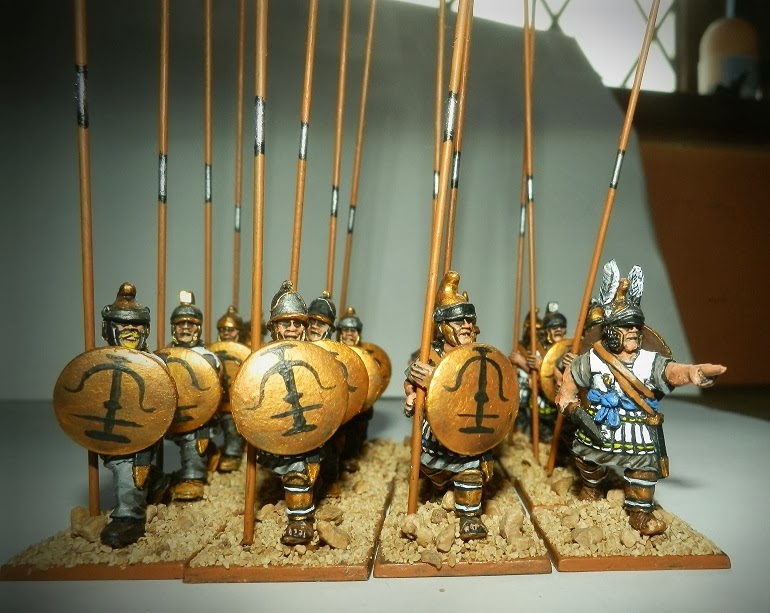 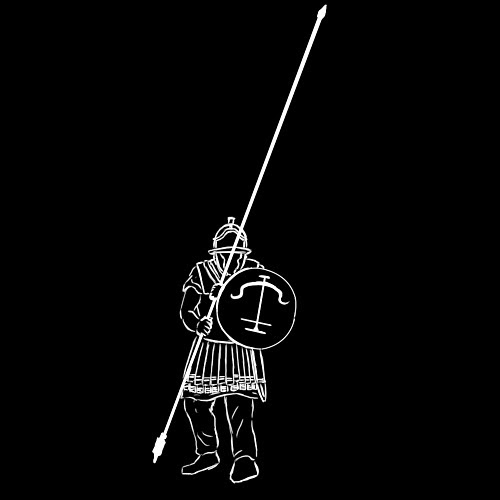 And those are the colour scheme tests for my cataphracts, they are nice and quick to paint up- mostly just metallic dry-brushing as they are so heavily clad in armor. I decided to go with red as the main color tying them together, the red spears/kontos give them that more elite look. 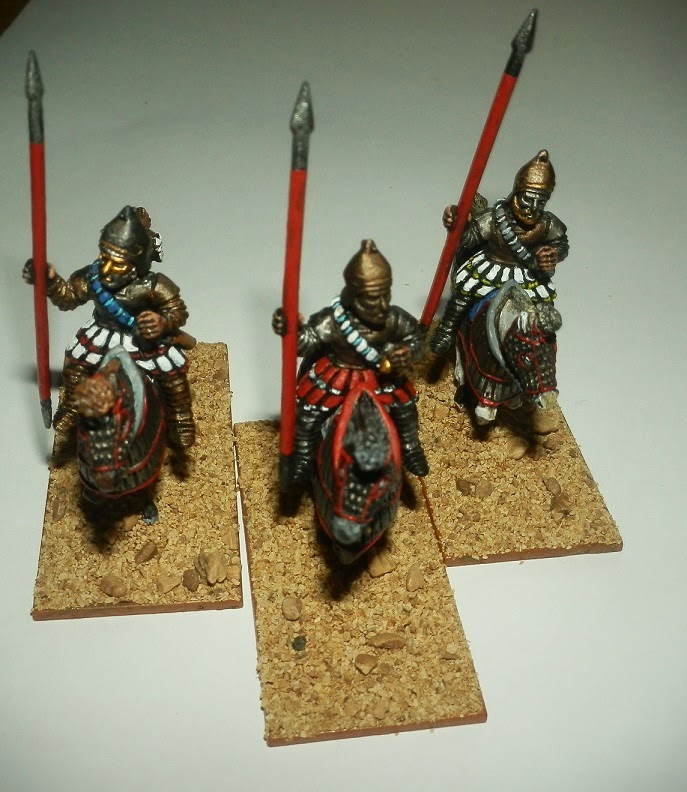 And all together now! 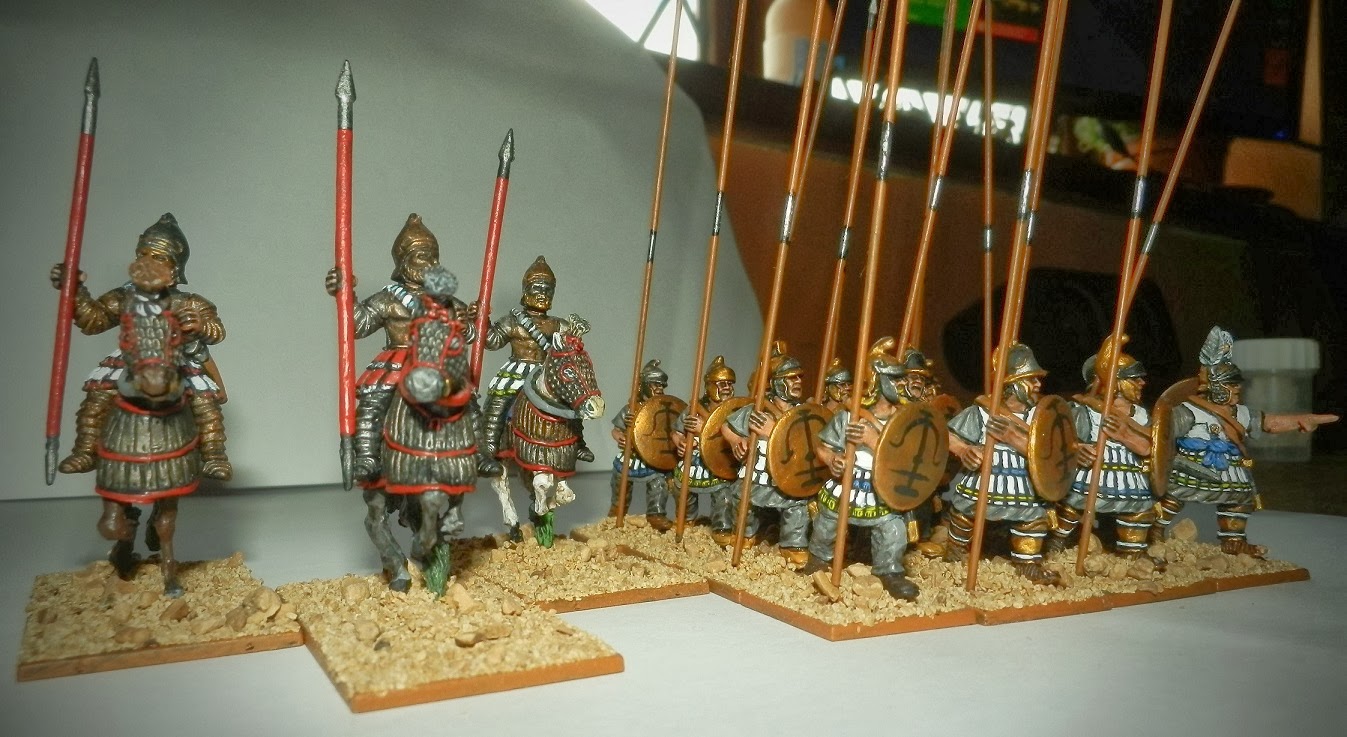